Welcome to part four of Rear View Print’s Ultimate Track Guide. This week we’ll be breaking down one of my personal favourites amongst F1 tracks; the legendary Silverstone Circuit. Feast your eyes on our beautiful infographic below to get started. 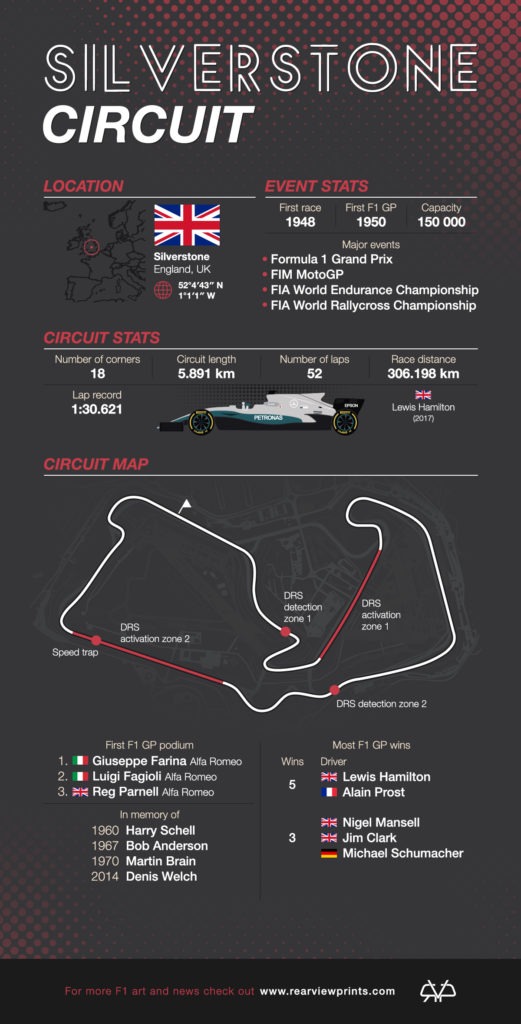 Don’t forget to share it around! Everybody loves a good infographic after all.

Arguably the most famous track in Britain, Silverstone Circuit is a motorsport venue of prestige, history and champions. It’s located next to the Northamptonshire villages of Silverstone and Whittlebury, and straddles the Northamptonshire and Buckinghamshire borders. The track is home to a wide variety of motorsport events, including FIM MotoGP, FIA World Endurance Championship and the FIA World Rallycross Championship. Most notably however, it is the current home of the F1 British Grand Prix. Despite increasing safety measures, speed is still a prominent feature of the circuit, although redesigns have added a more technical aspect to be mastered. 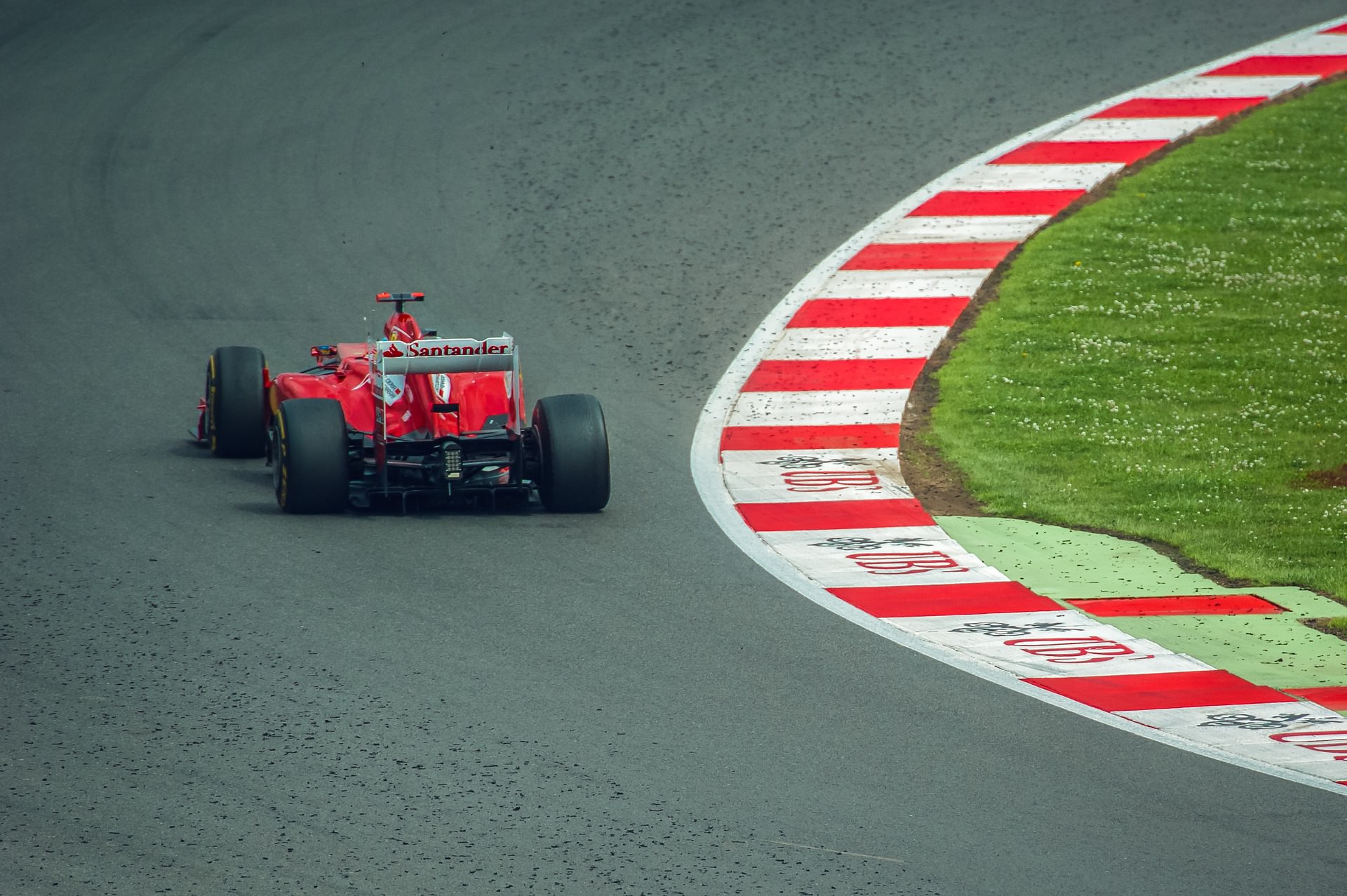 Silverstone was built on an old WWII bomber station belonging to the RAF (Royal Air Force). It was first used for racing by a group of friends from the nearby Silverstone village, who after noticing it was deserted, decided to use it for an impromptu race in 1947. They ran a two mile circuit, and the race organiser Maurice Geoghegan infamously ran over a stray sheep and totaled his car. From then on this event was known as the Mutton GP. Yes, really. Thankfully since then the site has evolved for some more sophisticated meetings, most notably of course the British Grand Prix. The 1950 British Grand Prix was the inaugural meeting of the World Championship of Drivers, better known as Formula One. The track shared hosting duties with other legendary British circuits Brands Hatch and Aintree until 1987 when the event relocated permanently to Silverstone. There has been threat to its hosting status over the years, most notably when there was an agreement to move the British GP to Donnington Park. This fell through however due to financial issues for the leaseholders. There is still some speculation about Silverstone’s future in Formula One, but for now it remains a much loved venue in Britain and F1 fans around the world. 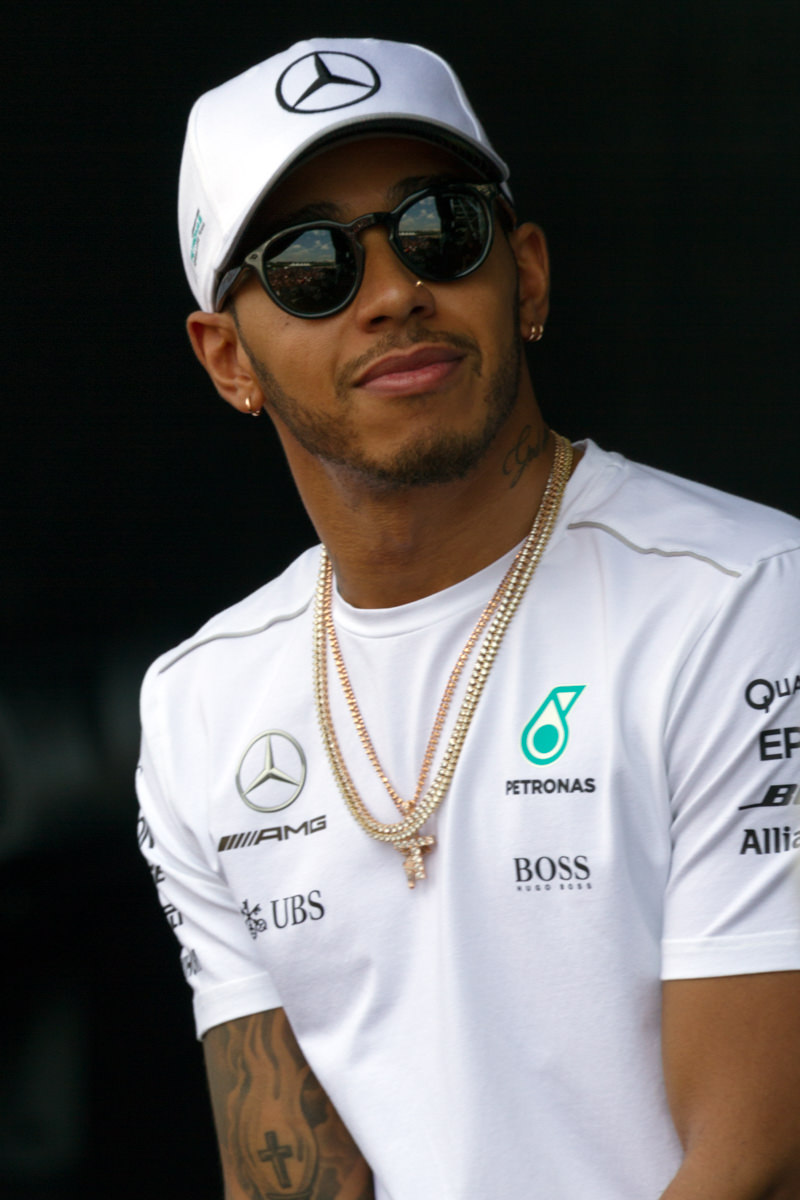 It’s fitting of course that the most successful British driver of all time, would also be the most dominant at their home circuit. Hamilton has a long history with Silverstone, notching up no less than 5 wins along the way. He found his first win at the circuit in 2008, coming from fourth in the grid to take victory. Success then evaded Hamilton until 2014, where he started his current 4 consecutive win streak. 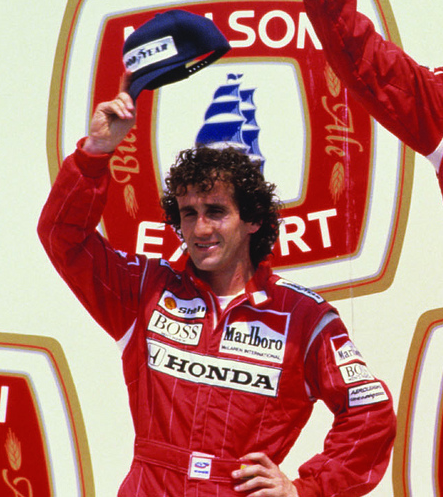 The Professor found great success at Silverstone over the years, finding two consecutive wins in 83 and 85 (with the 1984 GP being held at Brands Hatch) then again in 89 and 90. His final victory came in 1993 in a tightly fought contest with British driver Damon Hill. 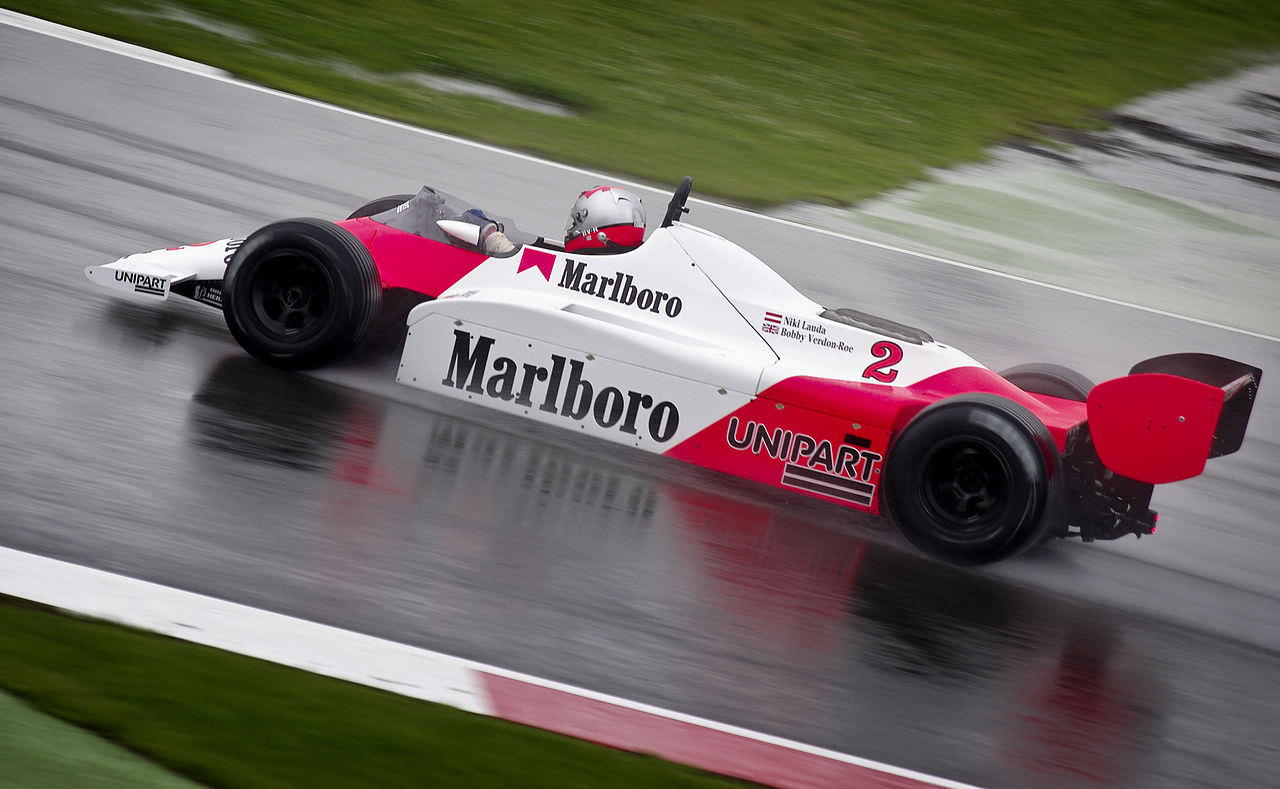 The newly designed Silverstone Circuit was met with Nigel Mansell hysteria in this 1991 classic. The much adored British Lion took victory from pole position and delighted the home crowd. This race is also well known for a touching display of sportsmanship, in which Mansell picked up Senna from his out of fuel vehicle on his victory lap, giving the Brazilian legend a lift back to the paddock.

The 1987 British Grand Prix was all about two drivers; Nigel Mansell and Nelson Piquet. Silverstone was to be host to a mesmerising performance from the British Lion in pursuit of his “teammate” Brazilian Nelson Piquet. After a tyre change that wasn’t initially meant to take place, Mansell started a blistering trail 29 seconds behind Piquet with 28 laps remaining. Despite this, against all odds Mansell broke the lap record eight times to catch up with Piquet and eventually beat him, much to the delight of the 100,000 strong British home crowd. Famously on the warm down lap, Mansell stopped and kissed the ground where he had overtaken Piquet. How’s that for passion and drama?

The 1973 British Grand Prix is unfortunately most well known for its infamous first lap pile up, which resulted in 11 cars retiring. South African driver Jody Scheckter lost control coming through woodcote and bounced off the wall. He ended up stranded in the middle of the track with half the field gaining pace on his position at racing speed. There were attempts to avoid him but they were futile, and the infamous 11 car pile up took place. Miraculously, no one was seriously injured and no fire broke out. Scheckter was banned for the next race however, for what was considered unsafe driving. 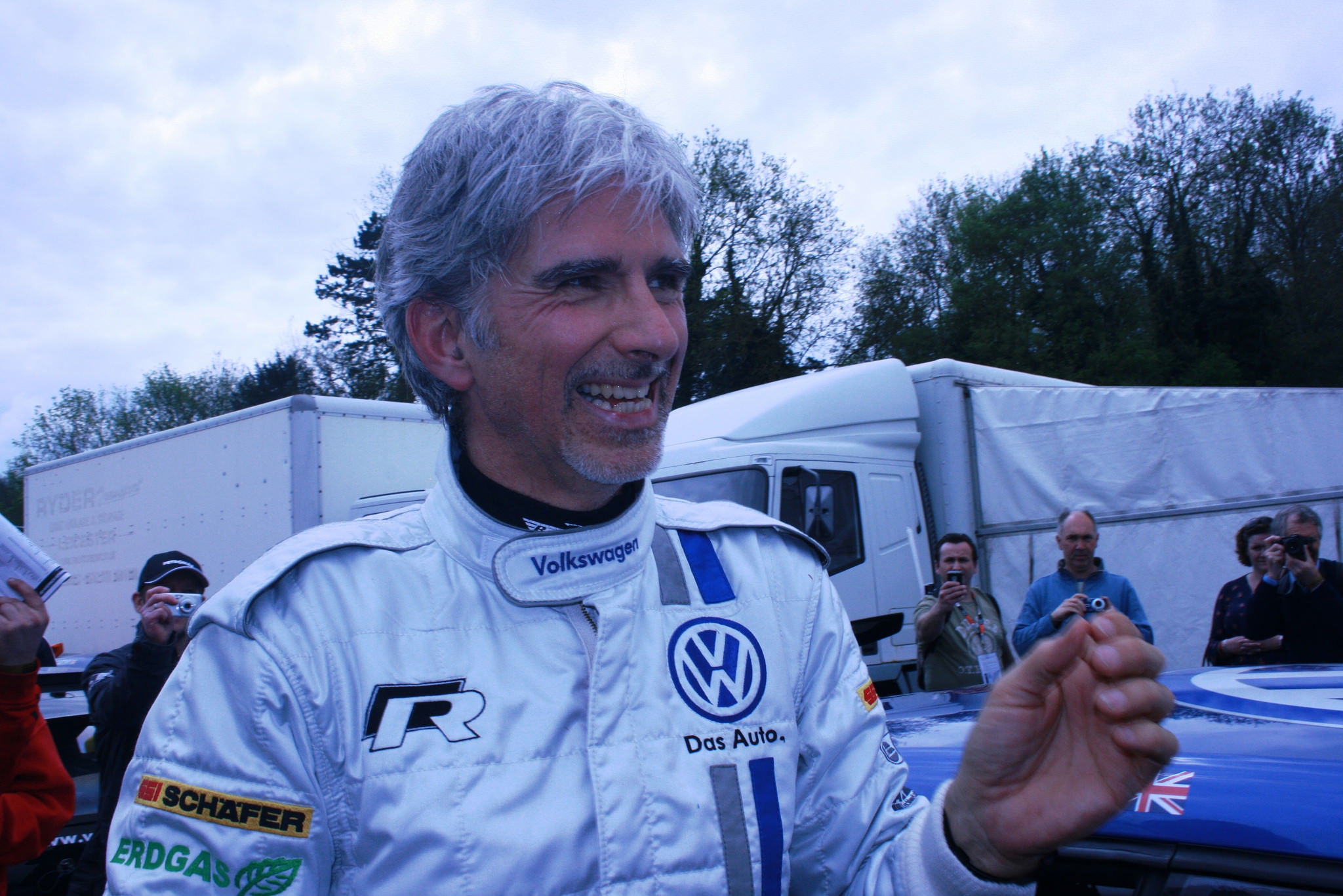 Silverstone Circuit: In the Driver’s Words

“Okay, I recognise that some guys out there don’t like me as much as Lewis. But that’s normal in his home country and I felt that the majority was very supportive of me. That’s why the British fans are the best and most passionate racing fans in the world, so thank you to them for making it a really great event.” – Nico Rosberg, Silverstone 2016

“And then the crowd… I mean, where do they all come from? It’s absolutely amazing! Nothing we see in any other country even comes close – and that for me just shows the passion us Brits have for sport, regardless of the weather. It’s pouring down and these guys are just like “yeah, we love it!”” – Lewis Hamilton, Silverstone 2016

“It’s a circuit all about passion. Actually, it’s more than that. For a British driver, there is some sort of psychic force that comes into play when so many people want something together. George Harrison used to go on about if you got enough people chanting for world peace then it will happen. There’s a little of that here.” – Damon Hill, 2009

“Well done guys, not bad for a number two driver.” – Mark Webber, 2010. A message to the Red Bull team after winning the British Grand Prix at Silverstone, having accused them of giving then teammate Sebastian Vettel preferential treatment. 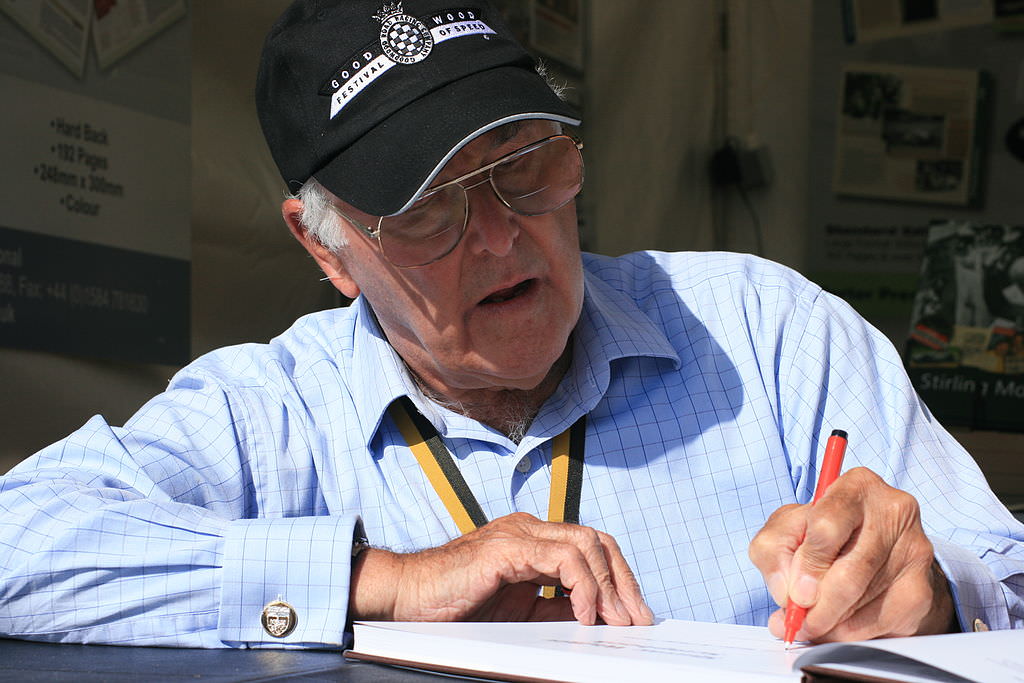 Murray Walker made his debut on F1 commentary at the 1949 British Grand Prix at Silverstone.

Mika Häkkinen famously missed the pre-warm up for the British GP at Silverstone at 1992 because…he was stuck in traffic. 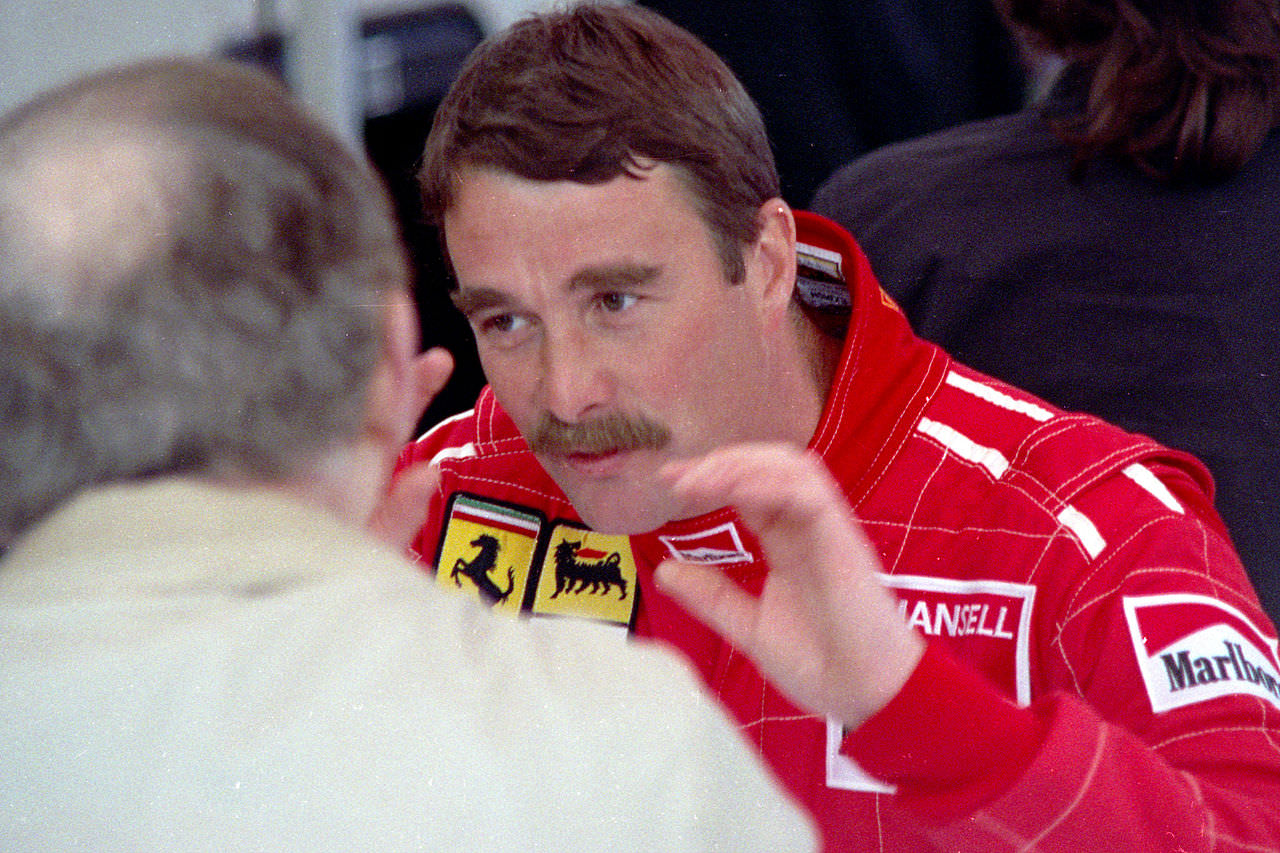 Once again, we hope you’ve enjoyed our break down of another one of Formula One’s most famous tracks. Next time we’ll be tackling the widely requested and BIG fan favourite Spa-Francorchamps, so make sure you don’t miss out on that. As always, whatever you think of the blog, let us know on twitter, facebook or instagram. Don’t forget, if you’re a particular fan of the Silverstone Circuit you can grab our bespoke print here, a fantastic tribute to the track and exclusive to Rear View Prints. If you’re still not satisfied and are thirsting for more car content, check out how you can get 12 TOTALLY FREE wallpapers for your phone, tablet, desktop, laptop or whatever gadget you desire! Available below right now! See you next time.